new addition to my collection

Though Soapy operated the well-known Tivoli Club in that location for some seven years (1887-1895), the modern day owners of "Denver’s Oldest Bar" were apparently unaware of that history. Below is a photograph of the inside cover of the matchbook, complete with the history Joe Sheftel "uncovered" sometime after 1946.

Text of the history printed in the matchbook:

THE HISTORY OF DENVER’S OLDEST BAR

The first record of Denver’s Oldest Bar, 17th and Market, is dated 1869, when a man named Brundage was developing several corrals and very soon, a livery stable, trade room and saloon. In 1875 The Denver Corrals burned to the ground, but next day it was “business as usual” in a large tent which was soon replaced with a new building housing a barroom with a new attraction – to “Honky-Tonk” girls.

In 1880 the present building was erected and from then ‘till prohibition came to Colorado, Denver’s Oldest operated under several names and owners, but was always a center for gay-blades, miners and frontiersmen – all hungry for whiskey and Honky-Tonk girl entertainment.

In 1946 Joe Sheftel acquired the location and after considerable research to determine the above facts and rightfully named his new venture “Denver’s Oldest Bar.” Upon discharge from the Army, Joe’s son Lyle joined him, and the two determined to bring back the gay atmosphere of yesterday along with modern Honky-Tonk – “Top Exotic Dancers.” Denver’s Oldest welcomes you to top entertainment in the surroundings of Denver’s early days.

I admit that I do not know the history of the lot previous to it's purchase by William Deutsch and the construction of the Deutsch block. The matchbook history states that the building was erected in 1880, but according to my research the empty lot was purchased in 1886 and that the building was erected around August 12, 1886 by William Deutsch, alias "Henry Dutch." It is believed that Soapy Smith sought some customization in the construction of the rooms he wanted to lease. The extra features included lower and upper backdoor access to be used for escapes.

The term “gay-blades” refers to the old usage of the term (A dashing or lively man) and not the modern slang, a homosexual reference.

The Tivoli Club, known as "the slaughter pen," was a combination saloon (downstairs) and gambling house (upstairs), located on the south-east corner of Seventeenth and Market, at 1337 and 1339 Seventeenth Street, under co-partnership between Soapy and Denver's gambling czar "Big Ed" Chase. It opened soon after February 12, 1888 when permission was granted by the city council to open and operate a saloon there.


The Tivoli occupied two stories, each with brick-walled quarters measuring 24 by 50 feet. “Open day and night” and serving “wines, liquors, and cigars,” advertising itself as the “headquarters for gentlemen, offering first class goods and First class attention.”

As with most of Denver’s saloons, gambling was located upstairs. It kept illegitimate activities from the prying eyes of the law man on the street, but it was also a matter of practicality. Being upstairs gave gamblers and swindlers time to clear out in the event of unwanted intrusions, such as a police raid. The 1890 Sanborn Fire insurance map of the street corner where the Tivoli resided gives a clue to why Jeff and Ed chose this location. It was one of the few buildings with numerous exits. leading to other stores on Market Street and an alleyway.

The diagram map of the saloon shows a back door and stairway to various escape routes through several other buildings that exited around the corner onto Market Street. Jeff and Ed likely had close business friendships with their neighbors to insure access to their back-doors.

The Tivoli Club had two faro tables and two roulette tables. Seven dealers worked the faro tables while four men looked after the roulette wheels. One of Soapy's business notebooks includes the word “wheel,” a common name for roulette, but it could equally mean a policy wheel or any number of fortune wheel devices. The 1891 bill of sale lists “wheels” as well as safes, tables, chairs, and gas fixtures. Also listed were several private card rooms for “friendly” games of poker. A steam boiler in the corner kept the place warm. On the second floor off both sides off a hallway were rooms that may have been part of the Tivoli Club operation as well.

According to legend, few of the Tivoli Club’s games were dealt fairly for out-of-towners, and on advice of attorney, Soapy placed a notice at the stairway that led to the gambling. “Caveat Emptor,” it read, the famous Latin caution, “Let the Buyer Beware.” Of course, few comprehended Latin, and if they did, none seemed to heed the warning. Legend also has it that as part of a defense in court, Soapy argued that the Tivoli Club was an educational institution for the treatment and cure of gambling addiction, something on the order of the Keeley Institute for alcohol abuse. The Rocky Mountain News even quoted Soapy's claim. “A man will be lured into a gambling hell and fascinated … until he is forever lost.” Then Soapy sprang the contrast: “After a man once comes to my place he is cured of gambling absolutely. He doesn’t want any more of it.” It is hard to say if Soapy believed his claim, but perhaps he believed he could make people believe it. He is known to have used the argument again on an anti-gambling Skaguay newspaper editor, saying that when gambling addicts came up against him, he paralyzed them. “I take everything they’ve got” and they “never gamble again…. I tell you, I’m a reformer.”

William Deutsch was not new to the saloon business. In 1881 and 1882, he had managed Ed Chase’s Palace Theatre’s saloon and gaming annex, the Tivoli Beer Hall. For ejecting a John Burns from the Theatre in March 1881, Deutsch was arrested for assault and battery. In 1883 he was listed as the proprietor. In 1887-1888 he was listed in the city directory as proprietor of the Alhambra Beer Hall at 1321 Seventeenth Street and as its manager in 1889.

"A bunch of con men opposed to Smith were trying to horn in and get the pull with the big bugs. Stopping to exchange a few words with a vigilance committee, contrary to his usual custom of ‘firing first and talking afterwards,’ caused his death."

1795: The 11th Amendment to the U.S. Constitution is ratified.
1818: Academician begins publication in New York City.
1855: Famed detective Charles Siringo is born.
1861: The Choctaw Indian Nation allies itself with the Confederacy during the Civil War.
1865: Virginia City is named territorial capital in Montana.
1877: The Guernsey Cattle Club is organized in New York City.
1882: The last bareknuckle fight for the heavyweight boxing championship takes place in Mississippi City, between John L. Sullivan and Jake Kilrain.
1893: Elisha Gray patents the telautograph, a device that automatically signs autographs to documents.
1899: Outlaw Harry Tracy is arrested for robbery. He is the partner of David Merrill, captured the previous day (February 6, 1899). Merrill is sentenced to fifteen years and Tracy for twenty, in the Salem, Oregon prison. The two men will escape prison on June 9, 1902, when a rifle is smuggled in to them. The two men have a falling out and Tracy shoots and kills Merrill. Tracy remains at large until August 6, 1902 when a posse surprises him on a ranch near Creston, Washington. Tracy is hiding in a wheat field with two bullet wounds in his left leg. He cannot stop the bleeding and cannot escape so he shoots himself in the head. 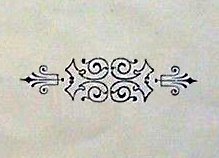