Did Soapy Smith save his wife from a life of misery? 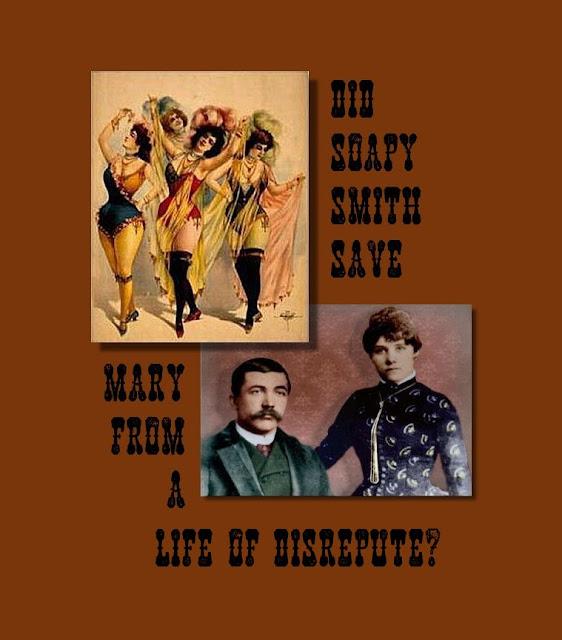 id Soapy Smith save his wife
from a life of misery?

Soapy met his future wife, Mary Eva Noonan, in November 1885 when she sang on the stage of "Big Ed" Chase's Palace Theater in Denver, Colorado. During their life together, and after Soapy's death in 1898, she is not known to have ever said a single disparaging remark of her husband, his family life, or his career choices of being a confidence man and crime boss. Except for her intense loyalty, I never really gave it much thought until very recently.

One of my favorite books on the Denver criminal underworld is Hell's Belles: Prostitution, Vice, and Crime in Early Denver by Clark Secrest (2002). The book is an in depth study of prostitution and crime in Denver, with quite a bit on the Palace Theater and like places. According to the author, complete with examples, it was common for the young ladies working in such establishments to move into the world of prostitution and even crime. The newspaper in my own collection on the Palace Theater also show that injury, suicide, and death were also common possibilities and fears of those who worked Denver's variety houses and theaters. I am left to wonder if Mary had never met Soapy, would she possibly have met the same fate as so many of her peers?

"He was sprawled out with his Stetson lying there, but nobody dared put his feet together or place his hands over his heart. They didn’t dare show sympathy for fear somebody would pull out a gun."