OAPY SMITH RELATED TO ONE OF THE VIGILANTES THAT HELPED END HIS REIGN!

December 2009: Fred Wood contacted me as a descendant of Tom Marshall Word, one of the vigilantes that helped end the reign of Soapy Smith in Skagway, Alaska. That alone was very interesting, and I was very happy to hear from him, but at that time he did not have a lot of information, nor did I. One of the reasons had to do with the spelling of the last name as "Ward" in Skagway, which had me believing it was two separate individuals. Tom Word's story as a vigilante, is definitely included in my book, Alias Soapy Smith: The Life and Death of a Scoundrel, as he was involved with the fay shooting and the capture of key members of the Soap Gang after the death of Soapy. More on that in a bit.
February 2010: I rekindled communications with Fred Wood who had found some very interesting information. Fred wrote that Word's full name was Thomas Marshall Word, and was related to Soapy Smith! I had no way of proving or disproving the claim as I was not on Ancestry.com with a detailed family tree and Fred had no provenance at the time, and thus the story remained on a back-burner for the next decade.
(Click image to enlarge)
September 2020: After reopening communications, I was able to add Fred Wood and the Word ancestors to my tree, now located on Ancestry.com. The connections and the original claim by Fred are verified, even if a little distant. The family connection between Soapy Smith and Thomas Marshall Word is as follows:
3rd cousin of husband of aunt of wife of uncle of wife of 1st cousin 1x removed

History of Thomas Marshall Word
In Skagway, Alaska history there is confusion as to Word's last name, which is published in the newspapers as "Ward," which obviously caused problems for future researchers. One of the first interesting mentions of Word involves his connection to the John Fay shooting murder of  Andy McGrath and Deputy US Marshall James Mark Rowan inside People's Theater on January 31, 1898.

Tom M. Ward, a local merchant, said he knew the whereabouts of Fay and that he had agreed to give himself up if guaranteed protection and a fair trial.[1]

Fay went into hiding and Soapy became involved, helping to guard and protect Fay from any vigilante action. At the time, Word was likely not a member of the vigilantes that arose from the murder. As a respected "merchant" (grocer) it is probable that he was used by Soapy as a neutral mouth-piece. Word's history is that of a law-abiding individual so it is likely that Word sought legal justice, as opposed to being on friendly terms with Soapy and the Soap Gang. Word was a grocer while in Skagway, Alaska, as mentioned in Portland, Oregon newspaper bios on Word during his run as county sheriff in 1904.

(Click image to enlarge)
In the days following the shooting death of Soapy, Word joined the vigilantes to assist the capture of Soapy's gang. He missed an opportunity to capture the three key Soap Gang members.

"Van Triplett gave his captors the last known location of Bowers, Foster, and Wilder. An armed posse of 30 men scoured the hillside all day Sunday and into the early evening, looking for the men, but did not find them. In the early evening Tom Ward and 8 others were searching the hills near the cemetery. John Patten and James Little had a hunch that Bowers, Foster, and Wilder might be in the area, so they hid near a little bridge just north of the cemetery and waited for Ward and his men to leave, which they did around 8 p.m. About 8:30 the 3 fugitives stepped into the open about 50 yards to the east of Patten and Little and began walking straight towards Patten’s hiding spot. When they were about 15 feet from him, he stood up, aimed his Winchester rifle at the men, and demanded their surrender. They did so without resistance."[2]

(Click image to enlarge)
After the capture of the main gang members, "Sehlbrede [Judge Charles A. Sehlbrede] then ordered Tanner to transfer Bowers, Foster, and Wilder to the same third-floor Burkhard Hotel area occupied by Van Triplett." Tom Word was one of the men assigned to guard the prisoners.[3]
Word's son Arthur Clark Word passed away on March 14, 1898, in Skagway, Alaska, at the age of 4. The Word's, or at least his wife, left Skagway previous to the birth of another son, Richard Moseley Word who was born on December 24, 1898, in Portland, Oregon. The Oregonian newspaper states that Tom Word ran his grocery store in Skagway for "two years," which, if correct, Tom ran the store through 1899, after the birth of his son Richard.[4]
Judge Charles A. Sehlbrede, who had ordered the Soap Gang transfer to the Burkhard Hotel, was living in Portland, Oregon during Tom Word's first campaign run for county sheriff. Sehlbrede offered up his opinion of Word.

"One of the bravest men in Alaska in the days when bravery meant that the man who possessed it went forth with his life in his hands, was Tom Word, the Democratic candidate for sheriff."
Judge Sehlbrede has been a life-long Republican, and he pronounced himself as a defender of Mr. Word when he had learned that the question of Mr. Word's bravery had been raised. Continuing, the Judge said:
"It was because of the courage of such men as Mr. Word that Alaska was freed of the disreputable 'Soapy' Smith and his gang. ..."
"In the call for volunteers to join the Citizen's committee Tom Word was one of the first men to respond and offer his services.
"The remnants of the Smith gang had fled to Dyea, five miles away. Word hired a boat and got some men together and went after the gang. They brought back 20 of them. Each fellow was convicted and sentenced to prison. Tom Word paid for the expenses of the trip out of his own pocket; and never got a cent of the money back. ..."
"Captain John Sperry of this city was a member of that committee and can vouch for what I say...."[5]

(Click image to enlarge)
Interesting to note the story about Word capturing 20 Soap Gang members in Dyea. This is not mentioned in the pretty detailed accounts by Skagway newspapers. Is it a true, but largely unreported event, or could Judge Sehlbrede have added in some larger-than-life fictional accounts to help an old peer? Indeed, other parts of the interview of Sehlbrede include exaggerations and misinformation.
After leaving Skagway, Tom Word resided in Portland, Oregon where he worked as a traveling salesman until he decided to run for county sheriff in 1904. He served as sheriff of Multnomah County (Portland) twice, 1904-1906 and again in 1913-1915. In 1918 Word became an agent for the Department of Justice. (retiring once in 1925 and immediately being rehired) until his death in 1929.

"In times of trouble, though, he usually preferred to rely on his wits, smooth speech, and dexterity rather than on physical force."

1779: The College of Pennsylvania is renamed the University of Pennsylvania, the first legally recognized university in America.
1839: The American Statistical Association is founded in Boston, Massachusetts.
1862: George Armstrong Custer meets his future bride, Elizabeth Bacon at a Thanksgiving party.
1868: Cheyenne Indian Chief Black Kettle and his wife are killed by troopers led by George Armstrong Custer, despite flying the American flag, during the Washita Massacre.
1885: Fire, starting above the Junction Saloon in Dodge City, Kansas, destroys a block of the business district, including The Junction, the Opera House, the Long Branch and Bob Wright’s store, are gutted. It is rumored that the prohibitionists intentionally set the fire, and while the embers still smoldered, Wright shot three bullets into Mike Sutton’s home, a leader among the anti-saloon crowd. He later claimed that he was firing at a prowler trying to get into Sutton’s house.
1887: U.S. Deputy Marshall Frank Dalton, the oldest of the famous outlaw brothers, is killed in the line of duty near Fort Smith, Arkansas. Dalton and Deputy J. R. Cole went to the Cherokee Nation to arrest Dave Smith on horse stealing. Dalton stepped up to the tent that contained Smith and his cohorts, and was immediately shot by Smith. Deputy Cole returned fire, killing Smith, but was then shot and wounded by one of the other men inside the tent. Cole escaped, believing Dalton was dead. Dalton, however, was still alive, and engaged the outlaws in a short gun battle. One of Smith's cohorts was wounded, and a woman who was in the camp was killed during the crossfire. Frank Dalton was killed by two additional rifle shots by from Will Towerly. One wounded man was captured but Towerly escapes unhurt. Towerly flees to his family's home near Atoka in Indian Territory where he is later killed by lawman Bill Moody.
1889: Curtis P. Brady is issued the first permit to drive an automobile through Central Park in New York City.
1894: A gambler’s petition signed by Denver businessmen starts losing signers when it is learned that famed confidence man Soapy Smith is behind the petition. His response to the Rocky Mountain News is, “I beg to state that I am no gambler. A gambler takes chances with his money, I don’t. I had nothing to do with the businessmen’s petition, and under no circumstances would I sign such a document. Hoping that the clergy will kindly leave me out of that “class…” 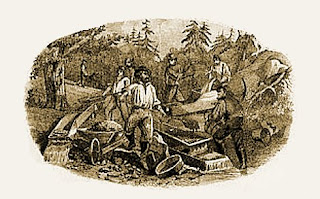