ne of my Soapy Smith related sub-hobbies
has become the building and customization of a Soapy Smith action figure collection. I have been a Soapy reenactor since 1985, so it seem a logical step (up or down?) to move into the huge field of 1/6 scale action figures. This allows me to tell stories of Soapy's adventures through figures.


The photograph at top is actually show-casing the safe I purchased and customized. That project can be viewed HERE on my blog for the "fun accessories" I have created and purchased to go along with my new hobby. My other blogs relating to this same hobby are as follows...

I believe the two childhood interests that led to this hobby are as follows...

"We put armed guards on all the wharves," Graves continued, with orders to shoot on sight if anyone tried to escape in a boat. Thus escape by land or water was cut off…. Some tried to get away in boats and were caught by our guards. Some tried the Pass, and Heney and Hawkins got them, and the rest we got by an organized search of the town…, except a few who took to the mountains where we shall starve them out. But we got more than we could find jail room for, so we selected thirty-one of the leaders, and let the rest go with a warning to get out of town, and keep out. Now our job is to save the men we have in jail from the infuriated mob, which is clamoring for their blood.

1774: The First Continental Congress adjourns in Philadelphia.
1825: The Erie Canal opens in upstate New York. The 363-mile canal connects Lake Erie and the Hudson River at a cost of $7,602,000.
1849: Camp Gates, Texas, the predecessor of Fort Gates, is established by Capt. William Montgomery on the bank of the Leon River. The installation is named for Bvt. Maj. Collinson Gates, who won distinction in the Mexican War. The fort is the first of posts to be abandoned, closing in 1852.
1854: Charles William Post, the inventor of Grape Nuts, Postum and Post Toasties is born.
1858: H. E. Smith patents the rotary-motion washing machine.
1881: The Gunfight behind the OK Corral takes place in Tombstone, Arizona, between the Earp brothers, John “Doc” Holliday and members of the Ike Clanton Gang. Billy Clanton, Frank & Tom McLaury are shot to death. Sometime after the fight, the Earp’s fortify themselves inside that Cosmopolitan Hotel, and during this period, Soapy Smith arrives in Tombstone and stays at the hotel. It is believed he and friends were there to help protect the families.
1882: The bombardment of a Tlingit Indian village in Angoon, Alaska by the U.S. Navy, began on October 22, when a Northwest Trading Company whaling ship harpoon gun exploded, killing Tith Klane, a medicine man from Angoon. The Angoon natives demanded a customary payment of 200 blankets for the life of Klane. When the offer was refused, the Indians took over the whaling station at Killisnoo and took two white employees hostage. If reparations were not met the Indians threatened to kill the white prisoners, as well as burn the company's store, its buildings, and destroy its boats. The Navy Cutter Corwin arrived, obtained the release of the two prisoners, and arrested the ring leaders. Seeking to punish the Indians, the Natives were demanded to give 400 blankets. The villagers offered 82 blankets and the Navy responded by bombarding the village and destroying forty canoes.

Following is the auction description.

Original Soapy Smith saloon token. We wrote a story on it for our American Saloon book a number of years ago. It is the finest known, as far as we know, of the two or three known. Soapy Smith was a saloon operator and a rouffian. He moved to Alaska, where he ran roughshod over the miners in Skagway, and was ultimately killed. He was known as a gangster, and operated in Denver, Creede, and Skagway Alaska. This is unarguably one of the great Arizona tokens and great western saloon tokens.

About a week later I saw the auction being advertise on eBay and wrote to Holabirds again via eBay. This time they responded with the following.

Sorry we didn't get back to you. Will resolve before it comes up for live auction next week.

They never changed the description wording of the auction.

The problem I had with the auction is that they identified it as being from a saloon of Jefferson Randolph Smith II. There are a few key reasons I do not believe it was related to Jefferson "Soapy" Smith.

I found an Italian bootblack and made a contract with him to black my boots for twenty-five cents, which seems high unless you saw the boots. But he hardly got himself into action when I felt a light touch on my shoulder and saw Hislop apparently deprecating the performance.

‘It is hardly wise just now’ he said…. I thought he meant that it was a poor investment in view of the fact that the boots would soon be bad as ever. But he explained that the public feeling was very excited and ran high, and that while it did not necessarily follow course that a man was honest because he had dirty boots, on the other hand there was an irresistible presumption that if his boots shone, he must earn his living by questionable methods.

1765: The Stamp Act: Congress meets and draws up a declaration of rights and liberties.
1781: British General Charles Lord Cornwallis surrenders to U.S. General George Washington at Yorktown, Virginia. It is the last major battle of the American Revolution.
1859: Denver, Colorado’s first duel, between Richard Whitsett and Park McCure, the latter being shot in the stomach. The following year McClure becomes Denver’s first postmaster.
1869: Construction begins on the Sutro Tunnel, Virginia City, Nevada Territory, a four-mile-long tunnel through the solid rock of the Comstock Lode mining district. The purpose of this new tunnel was to drain water from the mines without need for pumping. The mining companies would also be able to use the tunnel to move men and ore in and out of the mines, greatly reducing transportation costs.
1881: Citizens of Tucson, Arizona Territory demand that the government move all Indians from Arizona to Indian Territory.
1890: The Bowie and Soloman stage in Arizona Territory is robbed.
1901: Outlaw Jim Younger commits suicide by shooting himself in St. Paul, Minnesota.
1928: Charles Siringo, noted cowboy, Texas Ranger, Pinkerton Agent and author dies Los Angeles, California. 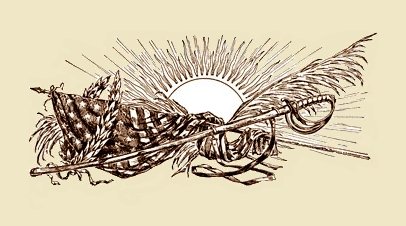