urphy's place was always under police surveillance, and the proprietor himself was not looked upon with any favor by the officers."

Two of Denver's most notorious saloon and gambling halls of the 1890s were The Arcade Restaurant and Club rooms (saloon and gambling hall) and Murphy's Exchange, aka "the slaughter house," so named for all the deadly violence that occurred there on a regular basis. The first floors were saloons and restaurants while the upper floors, combined together with a stairway, contained the gambling halls. The history of "Murphy's Exchange" plays a major role in the history of Jefferson Randolph Smith II. It was in the Exchange that Soapy temporarily placed McGinty the petrified man on display, and it was where in 1892 Jeff, along with gun-man Jim Jordan, shot and killed gambler Cliff Sparks. In all the books on Soapy and most of the books on the history of Denver I noticed that the name was always known as Murphy's Exchange, but during my research years for the book, Alias Soapy Smith: The Life and Death of a Scoundrel I noticed that when Soapy became an underworld power in Denver, the newspapers occasionally called it "Murphy's Exchange," but mostly referred to it as "The Exchange." I figured that the business had changed hands, perhaps numerous times, over the years, and either the new owners kept "Exchange" in the name, or the newspapers used the old name, for interest purposes. In reading this latest newspaper find, I think I understand a little more about the history.
Apparently, the saloon and it's proprietor, John W. "Johnny" Murphy, had already gained a scandalous history before Soapy's time. It stands to reason that newspapers would refer to "Murphy's Exchange," which many residents of Denver knew well of. Below is the transcribed text of the article for ease of reading.

MURPHY ARRESTED.
―
The former proprietor of Murphy's Exchange Arrested for a Gigantic Swindle.
―
An $18,000 Grain Steal Said to Have Been Committed by Rice and Murphy.
―

John Murphy, the well-known saloon man, was arrested Saturday at Leadville and taken to Columbus, Nebraska, to answer to the charge of obtaining goods amounting to $18,000 on false pretense. Murphy was charged with this offense some two months ago, but no arrests were made, and it was believed that nothing further would be done in the case.
Murphy formerly owned the well-known saloon on Larimer street near the Arcade, known, when he kept it, as Murphy's Exchange. Murphy is a young man, and was formerly a brakeman on the Missouri Pacific running into Kansas City. Since he has been in Denver he has made a great deal of money. He drew around him the hardest class of men in the city, and his place became the resort of sluggers, thieves, bunko-steerers and gamblers. Murphy's place was always under police surveillance, and the proprietor himself was not looked upon with any favor by the officers. Notwithstanding the character of his place, his standing in the commercial world was very good, and his credit marked fair in the agency books.

About two months ago he sold out his saloon. The name was changed to “Wesson's,” but the character of the place was not changed. Murphy is said to have received $18,000 for the saloon, and to have severed all connection with it, but in regard to this there is some doubt, and by many he is supposed to be still interested, if not the proprietor.
Shortly after Murphy's new departure he started in a new business, and set himself up as a grain and commission man. He took as partners J. C. Rice, and a man named Edgar. Of the latter little is known, and he is not concerned in the case to any great extent, to judge from the actions of the Nebraska officers, who say they want him as a witness and not as a defendant in the case. Rice, however, is better known, and was arrested and taken back with Murphy. He was the principal operator in the alleged fraud. After the firm had prepared for business, Rice was sent East to buy wheat. He traveled into Nebraska and purchased large quantities of wheat in a very short time. He offered more money than the market price and obtained all he wanted on Murphy's credit, which was supposed to be good. The grain was shipped here to be paid for a day or two after delivery. The wheat came in by car-loads and was sold by Murphy who pocketed the proceeds. When $18,000 had thus been obtained, the firm suspended with no assets to speak of. The creditors raised a howl, but Murphy did not return any of the money, and if he really possessed any he so disposed of it that it could not be reached by attachments or suits. The creditors exhausted all of their persuasive powers and then tried threats, but these did work, and they finally had Murphy indicted.

Mr. Galbreath, agent for the State of Nebraska, arrived in the city Thursday, just too late to arrest Murphy, who had gone to Leadville. Deputy Sheriff Charley Linton was placed in charge of the case, and as he expected Murphy back every day he did not order an arrest until Saturday, when he telegraphed Sheriff Becker to make the arrest and bring his prisoner down. Deputy Linton went out and met Becker and Murphy at Jefferson, where he took charge of the prisoner, and then telegraphed Deputy Sheriff Charlie Farmer to arrest Rice and meet him at the train. This was done, and as soon as Murphy could be driven to his house and obtain a change of clothing he was taken back and placed on board the Omaha train with Rice, in charge of Special Agent Galbreath and Deputies Sackett and Taylor, the two last named being prosecuting witnesses who caused the arrest to be made and paid all the expenses.
The prisoners not seem to be much alarmed at anything except at the matter of being handcuffed. Their guilt is, of course, to be proved yet, but they have, even if innocent, a hard time before them.

Very interesting to find out that John Murphy is a swindler. No wonder Soapy and the Soap Gang hung out there.
It's reported that Murphy "sold" the saloon (May 1882), but the newspaper hints that it may not have been a real sale ("by many he is supposed to be still interested, if not the proprietor."). Apparently, this tactic was more common than I previously believed. Soapy sold his Tivoli Club (Denver) and his Orleans Club (Creede), remaining proprietor of both. I always figured that Soapy sold his Tivoli Club, in order to save the business from his downward reputation. I know for certain, that the Tivoli remained under full control of Soapy.
There are questions left unanswered, that I hope to find answers to, as I comb the pages of The Denver Republican, such as, did John Murphy go to prison? When did he cease actual ownership of the Exchange, who took it over, and whether there was a legal name change.

"Lawlessness was rampant, but it did not touch us. The thugs lay in wait for the men with pokes from the “inside.” To the great Cheechako army, they gave little heed. They were captained by one Smith, known as “Soapy,” whom I had the fortune to meet. He was a pleasant-appearing, man, and no one would have taken him for a desperado, a killer of men."

—Robert Service
The Trail of ’98 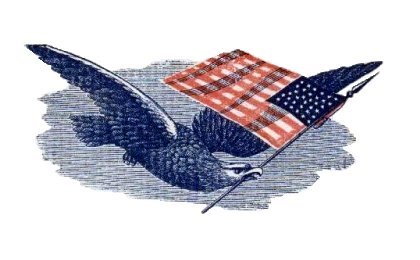