ad an interesting discussion on Facebook a little while back. It centered around the words, "Flashlight Photo" etched into the negative of a photograph showing Soapy Smith standing at the bar in Jeff Smith's Parlor. I never really gave it much thought until a gentleman suggested it was probably the old flash power used by photographers, but I questioned that because of the enormous amount of modern Kodak cameras brought up and used during the Klondike gold rush. Doing a little searching I found that the term flashlight originated along with the invention of the same name. A flashlight is a hand-held portable electric-powered light source. Usually the light source is a small incandescent light bulb.


Previous to 1896, searching in a dark area, such as a closet or a barn, one had to use a candle or kerosene lantern. Accidents occurred and fires often followed as a result. A safer alternative was needed and that need was answered in 1896 with the invention of the dry cell battery. Unlike its predecessor, the dry cell battery used a paste electrolyte instead of a liquid. This made a battery suitable for portable electrical devices, as it did not spill or break easily and worked in any orientation. One of the first applications for using a dry cell battery was the portable hand-held electric light invented in 1896.

Portable electric lights came to be called "flash lights" since they could not give a long steady stream of light. The carbon filament bulbs were inefficient and the batteries were weak, allowing the user to flash the light on for only a few seconds, then release the contact. Very early lights did not have an on/off switch, just a ring or tab that would push against a button or band of metal. The electric lamp was odorless, smokeless, and emitted less heat than combustion-powered lighting. It could be instantly turned on and off, and avoided any fire risk, which was essential in boom towns like Skagway, which were constructed mostly of wood. The problem of inefficient bulbs and weak batteries was resolved in 1898 by Joshua Lionel Cowen, the original owner of the American Eveready Battery Company, but the name "flashlight" stuck, and remains to this day.

Sources
Wikipedia: Flashlight
How Products are made
Flashlight Museum

"I have never known just where to pigeon-hole Soapy Smith; a Dr. Jekyll and Mr. Hyde he certainly was. Meet him away from home, and what do we find,—a bunco-steerer, a tinhorn gambler, when not a proprietor where brace games were dealt, the associate of desperate ruffians, a professional bad man of the border and an adept in all lines and ways of winning the money of the unwary through nefarious schemes and devices; in short, he was a leader in the flagrant lawlessness which marked the frontier days. He had the reputation of being afraid of neither man nor devil. No one was ever more ready to draw his gun and fight to the death; death mattered little to him if while he lived none dared to dispute his courage and his readiness to do, dare and die."

—George Buffum, Smith of Bear City and Other Frontier Sketches, 1906


1835: The battle of Lipantitlán is fought in San Patricio County, Texas. Texans, numbering around seventy, engage a Mexican force of about ninety men. The battle lasts approximately 30 minutes, leaving 28 of the Mexican forces dead, and one on the Texans side.
1842: Abraham Lincoln marries Mary Todd in Springfield, Illinois.
1846: The patent for the artificial leg is granted to Benjamin Palmer.
1862: Richard Gatling receives the patent for the Gatling gun, a rapid-fire weapon, the forerunner of the modern fully automatic machine gun.
1870: Jack Davis, a Virginia City gambler participates in the robbery of the Central Pacific train No. 1, in Montana Territory, which netted around $40,000 in gold.
1879: Outlaw Jesse James is erroneously reported to have been killed by a member of his gang in a Kansas City, Missouri newspaper.
1879: William Penn Adair Rogers, alias “Will Rogers,” is born on a ranch near Oologah, Indian Territory. Rogers gained fame when he joined Texas Jack's Wild West show in 1902 as a trick roper under the stage name "The Cherokee Kid." His name was published in the Guinness Book of World Records for throwing three lassos at once. The first went around the horse's neck, the second around the rider, and the last rope went under the horse to loop all four legs together. Rogers also gained fame for his impromptu jokes and witty remarks.
1880: James and John Ritty patent the first cash register.
1892: Deputy Marshal Rufus Cannon shoots and kills the leader of a band of drunken men in Fort Smith, Oklahoma Territory. 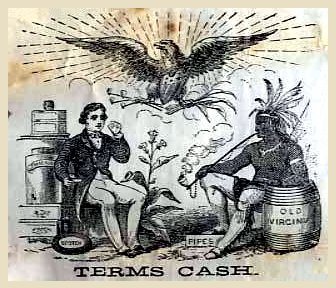