A drawing of the Soapy Smith house in Denver 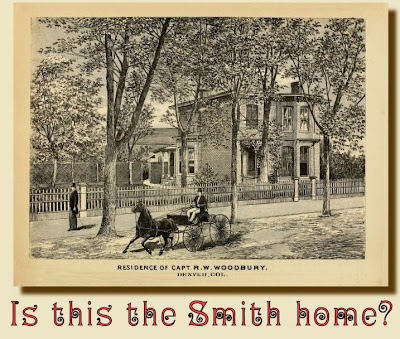 (Please also see Part II)
The above drawing was found in The History of the City of Denver, Arapahoe County, and Colorado (1880). It looks amazingly similar to the Smith home photograph below, although photographed some 10-years later. 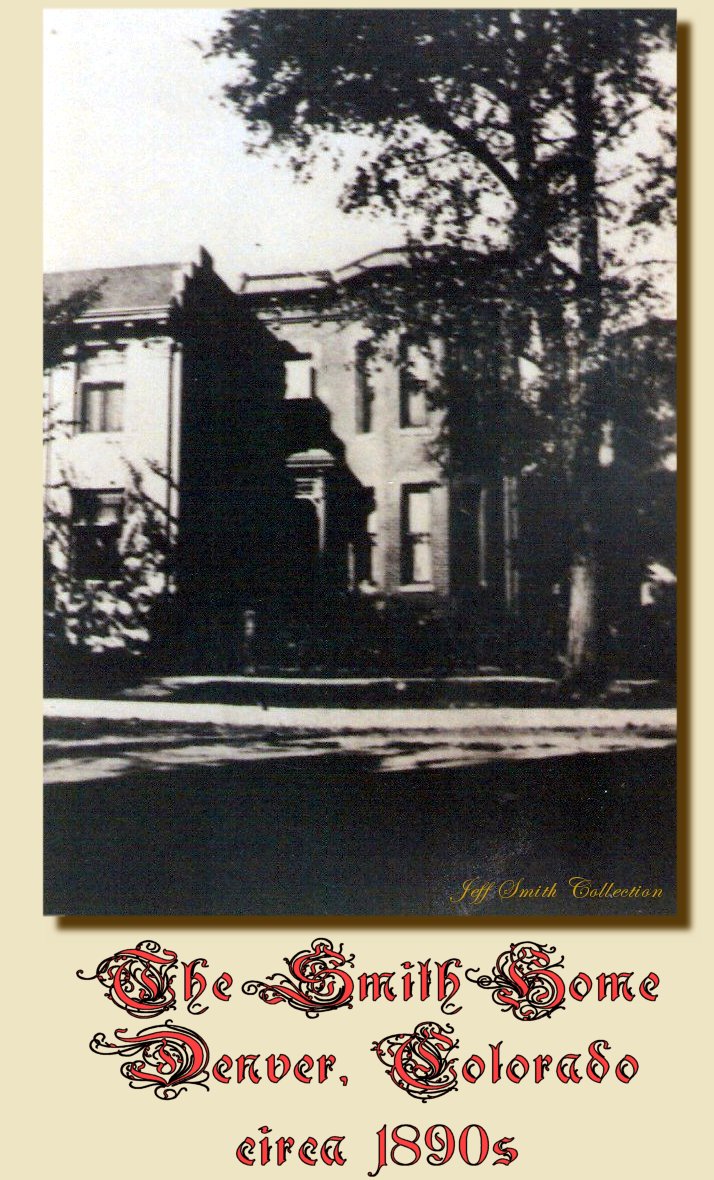 (Click image to enlarge)
When I visited the Smith mansion in Coweta County, Georgia a few years ago I found that the builder reproduced several exact copies of the same house. This was, and still is, a common practice. Therefore it is possible that the drawing at top is not the same home in the photograph. I will attempt to verify this with Denver. 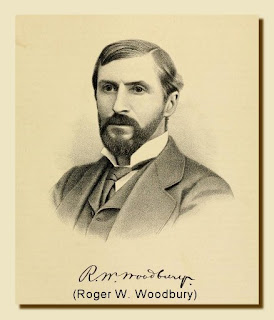 (Click image to enlarge)
The gentleman who owned the home before the Smirh's was General Roger Williams Woodbury. His obituary by Charles A. White has the best biography I could locate thus far.

General Roger W. Woodbury of Denver died at Sedalia, Colo., Saturday night last. The writer knew General Woodbury from his boyhood days and played with him over half a century ago.

When the Civil war came upon the country, R. W. Woodbury enlisted in Co. A. Third New Hampshire volunteer infantry in the early part of August 1861, and on the return of the writer from the “three months service” hoisted his old home in Manchester, N. H., and on the 12 day of August, 1861, enlisted in Co. A of the above named regiment on the mustering of the regiment into the United States service both Woodbury and himself were made sergeants. With Sergeant Houghton and Morrill they tented together and were fats friends during those dark days. IN 1864 Morrill, then first lieutenant, while on staff duty was at the front, reading rebel signals and while doing so was mortally wounded and died a few days later at Fort Monroe. Houghton became captain and during the siege of Fort Wagner, Morris Island, S.C., he served on the staff of General H.H. Terry as aid-de-camp. Captain Houghton died in Denver May 13, 1903.

Soon after the regiment got into the field, Woodbury was detailed as clerk to Captain Schule, brigade commissary. He afterward served in the same capacity for Captain Morgan, chief commissary of the Port Royal expedition. In April, 1863,Woodbury was detailed as acting second lieutenant by regimental order and during the summer received his commission. He served buy a short time in the regiment before he received an order to report for staff duty. During the siege of Fort Wagner he served for a time as depot commissary. During the balance of his service, which terminated August 2, 1865, he served as ordnance officer on the staffs of Generals John W. Turner, Adelbart Annis and Alfred H. Terry. When General Terry looked about for an ordnance officer who possessed the requisite ability for so important a place, and selected Captain Woodbury for the place, notwithstanding he was then serving on General Annis’s staff as ordnance officer. Thus it will be seen that Captain Woodbury was for a time staff officer for two generals. General Terry considered Captain Woodbury one of the best staff officers in the corps.

On leaving the service Captain Woodbury went into the newspaper business and on his arrival in Colorado in 1866 he was for a time engaged in mining in Summit county, but finally with Deacon Walker bought out the Denver Tribune and conducted it for a time. IN the early 70’s the paper was sold I the course of a year he became owner of the Denver Times, which he conducted until he went into the banking business sometime in the 80’s.

He served as president of the Union and the Union National Bank for some years.

General Woodbury belonged to that class who believe in fair and honorable dealing. He had the confidence of the citizens of Denver and his loss will be deeply felt. The building up of the chamber of commerce of Denver was due, in a great measure, to his great business ability. His family has the sympathy of his many friends and associates.

It's not over yet. Our friend over at the Skagway Historical Society blog posted an article on December 2, 2010 about Colonel Thomas Childs Woodbury of the United States Army, whose father and grandfather were generals. Their names are not given but one has to wonder if General Roger Williams Woodbury is the father or grandfather? Oh how the small world turns.