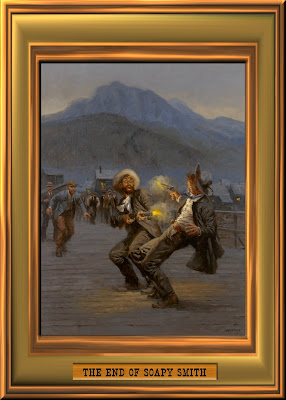 (Click image to enlarge)
The End of Soapy Smith
by Andy Thomas
I am very proud to announce the release of the awaited masterpiece painting by artist Andy Thomas, The End of Soapy Smith. On September 17, 2009 I posted the information regarding the artists plans to paint the Gunfight on Juneau Wharf at his Maze Creek Studio in Carthage, Missouri.

Andy Thomas and I poured over the historical information provided in my book, Alias Soapy Smith: The Life and Death of a Scoundrel and my large collection of photographs of the area and the people involved. This historic and monumental portrayal of the shootout between Jefferson Randolph Smith, alias Soapy Smith and Frank Reid is the most authentic portrayal I have ever seen. I said it before and I'll say it again, I can hardly contain my excitement for this painting! The terrible and fateful moments before my great-grandfather's empire in Skagway, Alaska on July 8, 1898 is reduced to history as Soapy Smith's criminal career as well as his life abruptly expires when a bullet pierces, his heart, is magnificently captured by the artist Andy Thomas. The painful agony in Frank Reid's face is felt and the jolting shock of instantaneous battle fully engulfs Soapy's face.

I am extremely proud to be a part of this project and very pleased to see the historic detail the artist chose to include, right down to the known position of all those involved and the illumination of gunfire upon the planks of the wharf directly below the combatants feet. The Irish employee of the newly arrived White Pass and Yukon Railway, Jesse Murphy, begins his advance towards the center of action and makes his own history seconds later by wrestling the rifle away from the wounded Soapy and shoots the unarmed "king of Skagway." At the same moment in the painting Soapy's men in the far background are stunned at the turn of events. W. H. Jackson can be seen to begin a rush to aid his fallen leader. Seconds later he aims his revolver at J. M. Tanner before fleeing the scene with the rest of his cohorts. 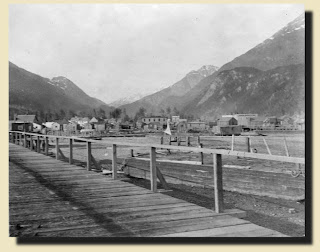 (Click image to enlarge)
Juneau Wharf
The historic detail that Mr. Thomas is evident to this historian. The wharf woodwork and railings took some close-up study. I would not be surprised to see the proper plank count. The back ground mountains as well as the frontier structures of 1898 Skagway are matched through the use of numerous period photographs. 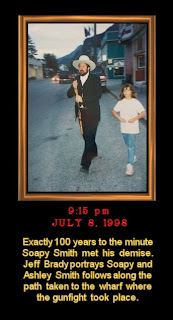 (Click image to enlarge)
Jeff Brady as Soapy Smith and Ashley Smith,
the great-great-granddaughter of Soapy begin
the trek towards a reenactment of the gunfight.

The night-time sky appears to have been closely matched from a photograph I supplied the artist, taken at approximately 9:15 p.m. on July 8, 1998, the centennial of the gunfight.

In painting the historic characters Mr. Thomas used period photographs of the men involved. The only one that could not be properly depicted accurately was the Irishman, Jesse Murphy as no known photographs of the man exist. Frank H. Reid and Jefferson Randolph Smith II are nicely rendered, right down to Soapy's Spanish-American ascot tie received as a patriotic gift from an admiring Seattle woman. Comparing photographs clearly reveals the artist did his homework. 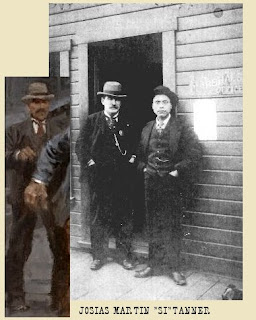 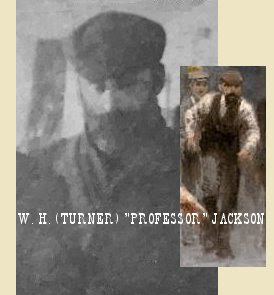 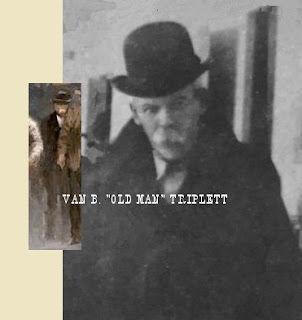