he Horse Shoe was THE place for Klondikers to socialize and drink in Seattle.

"Gold rush Seattle had become notorious for wide-open gambling and prostitution. Like the old clunker ships that were given new life and sent to Alaska, old buildings and warehouses were remodeled into saloons and gambling dens. By day, Seattle bustled with activities associated with outfitting and transportation. By night, according to one newspaper headline, it became 'a hot town' that catered to the needs of a largely transient population. One of the amusement houses in which Jeff spent his nights was the Horse Shoe Grill Room and saloon located at 914 Front Street [located in Pioneer Place, known today as Pioneer Square]. This place was to Seattle what the Arcade was to Denver, making it a popular destination among Seattle’s leading gamblers and underworld figures. On October 1, 1897, a sizable affray erupted between two groups of men, one of whom was Jeff. Denver’s Rocky Mountain News reported what was known of the confrontation."

Jeff Smith and Jimmy Dugan Badly Beaten Up in a Saloon Row.

Special to The News. SEATTLE, Wash., Oct. 1. —Jeff Smith, Jimmy Dugan and Elmer Maybury, formerly a Denver sport, engaged in a fight to-night in the Horse’s Shoe saloon, during which Maybury was stabbed once in the arm and his clothes cut several times. Ed. Gaffney, a local athlete, who took Maybury’s part, narrowly escaped a deadly thrust from Dugan’s knife. Smith and Dugan were badly beaten up. An old grudge on the part of Smith toward Maybury was the cause of the row. The saloon floor was covered with blood. A plate glass mirror was broken and guns were in sight all around.

The following day, October 2, 1897 the evening edition of the Seattle Daily Times had obtained and published a little more information.

Alaska Gamblers Have a Lively Scrap in the Horseshoe Saloon.


Some broken plate glass mirrors at the Horseshoe saloon, on Front Street, tell of one of the warmest and most exciting barroom fights Seattle has seen for some time. Last night blood was sprinkled freely over the floor and broken beer and wine glasses were scattered around. No shots were fired, but it was not the fault of one of the participants. Knives were drawn and freely used, but beyond a few slashes in the clothing of one of the participants and a slight stab in Elmer Mayberry’s arm no damage was done.

There were five men in the fight, according to the most reliable account. “Soapy” Smith, Jimmie Dugan and Jack Thompson were lined up against Elmer Mayberry and Eddie Gaffney. Smith returned a few days ago from Skagway with considerable money made at gambling. Mayberry was formerly his partner and returned with Dugan from St. Michaels last night on the North Fork. The trouble was over some money matters and the fight started when Smith threw a beer glass at Mayberry. They mixed up, with Mayberry getting the better of it. Dugan started in to stab Smith and Gaffney then took a hand in the game. After the first fight was over Dugan tried to stab Gaffney and Thompson drew his gun. They were finally separated by friends. The police arrived after the fight, but as Mayberry made no complaint no arrests were made.


The latter news clipping appears to contain some errors. No record of arrests or other details could be found. As no known grudge existed between Jeff and Maybury, the fight might have been over “turf,” in which a local gang did not appreciate Jeff’s presence. What is certain is that Jeff now had enemies in Seattle.

Except for Soapy, little is known of the combatants

"Soapy Smith had his faults but there are many men in Denver who were at one time hungry and looking for a dime, who will remember that his heart and purse were always open to the poor. Perhaps the good lord will remember all those little kindnesses as well as will the beneficiaries."

1818: Illinois becomes the 21st state.
1828: Andrew Jackson is elected the seventh President of the U.S.
1833: Oberlin College in Ohio opens as the first coeducational school of higher learning.
1835: In Rhode Island, the Manufacturer Mutual Fire Insurance Company issues the first fire insurance policy.
1864: Gold is discovered near Confederate Gulch, Montana Territory.
1866: Completing the first Texas to Montana cattle drive Nelson Story, his cowboys, and herd arrive in the Gallatin Valley near Bozeman. The drive covered 2,500 miles.
1881: Dave Rudabaugh escapes jail and a death sentence by tunneling out of the San Miguel County, Colorado jail.
1881: John “Doc” Holliday is arrested, but acquitted, for firing a pistol inside the city limits of Tombstone, Arizona Territory.
1883: Outlaw William E. “Mormon Bill” Delaney rode into Bisbee, Arizona Territory with John Heath, Daniel Kelly, and others, where they rob a store killing four people, including a woman. Delaney stationed himself outside the store and was witnessed shooting down two men and may have killed the woman. 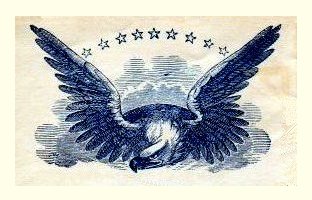