The following was published at the Daytona Beach News-Journal.

"They (con-artists) come out of the woodwork for Spring Break and BCR," Chief Mike Chitwood said. "They come from Georgia, New York, Philadelphia, everywhere."

Stanley Delain, 56, of Atlanta was charged with operating a game of chance, a misdemeanor, Friday night and issued a notice to appear after officers caught him with a three-card Monte board and paraphernalia to run other games.

"We crack down on this because it leads to shootings," Chitwood said.

And it has for more than a century. Infamous Old West con man Soapy Smith, who made a living at one time as a gambler alongside Doc Holliday, was shot to death in Alaska in 1898 after cheating a victim with three-card Monte.

Though some Spring Breakers out enjoying the sun on Saturday said they wouldn't fall for the scam, variations of the confidence trick have been around since the turn of the 15th century, according to several gambling Web sites.

"I saw a guy doing that trick yesterday," said Erica Williams, in town from Atlanta. "I just walked away. You always lose money on things like that."

Carlos Vega, a young Marine here on leave for the weekend, said he might be talked into playing a legitimate game of chance but wouldn't fall for a shell game.

"I haven't seen that since the last time I was in New York," he said. "And, I'm from (Los Angeles). They'd have to come up with something better than that to get me." 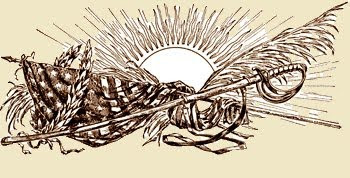